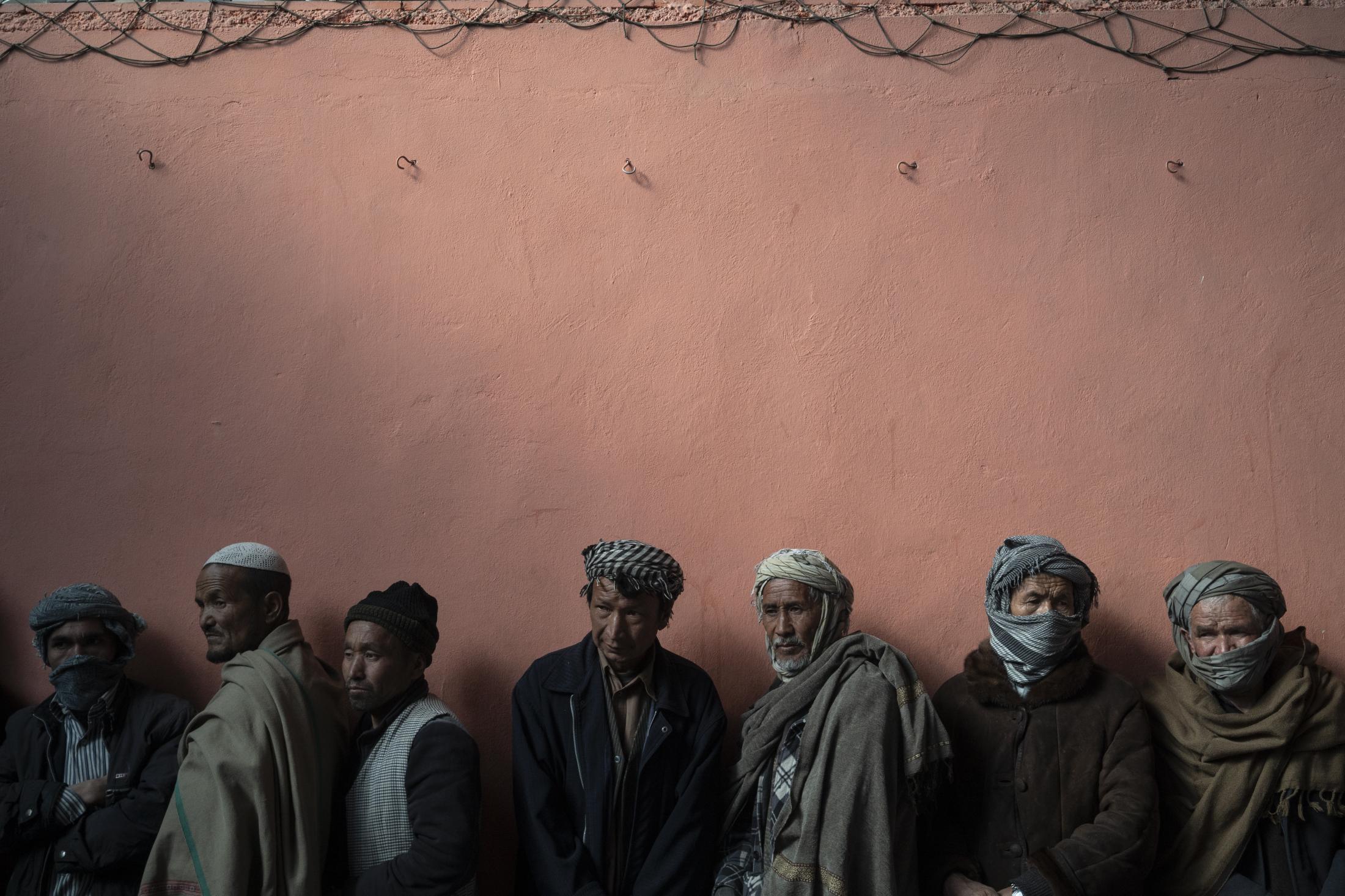 Men wait in a queue to receive cash at a money distribution organized by the World Food Program (WFP) in Kabul, Afghanistan. Since the Taliban swept into power, Afghanistan’s economy has been crumbling. 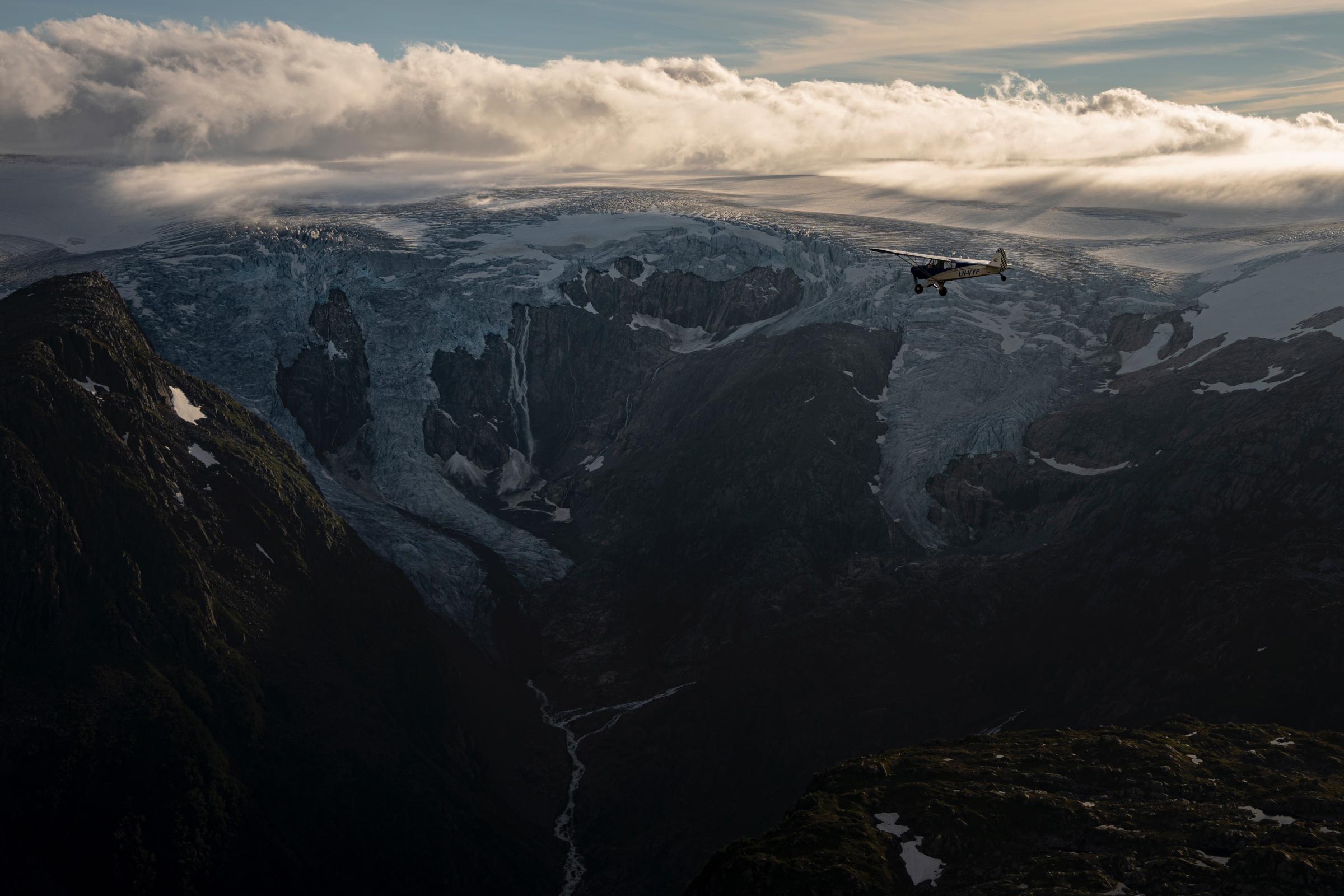 Aviator and adventurer Garrett Fisher flies his plane above the Folgefonna glacier in Norway on August 10, 2022. Fisher is on a mission to photograph all the remaining glaciers that are not in the polar regions before they disappear. 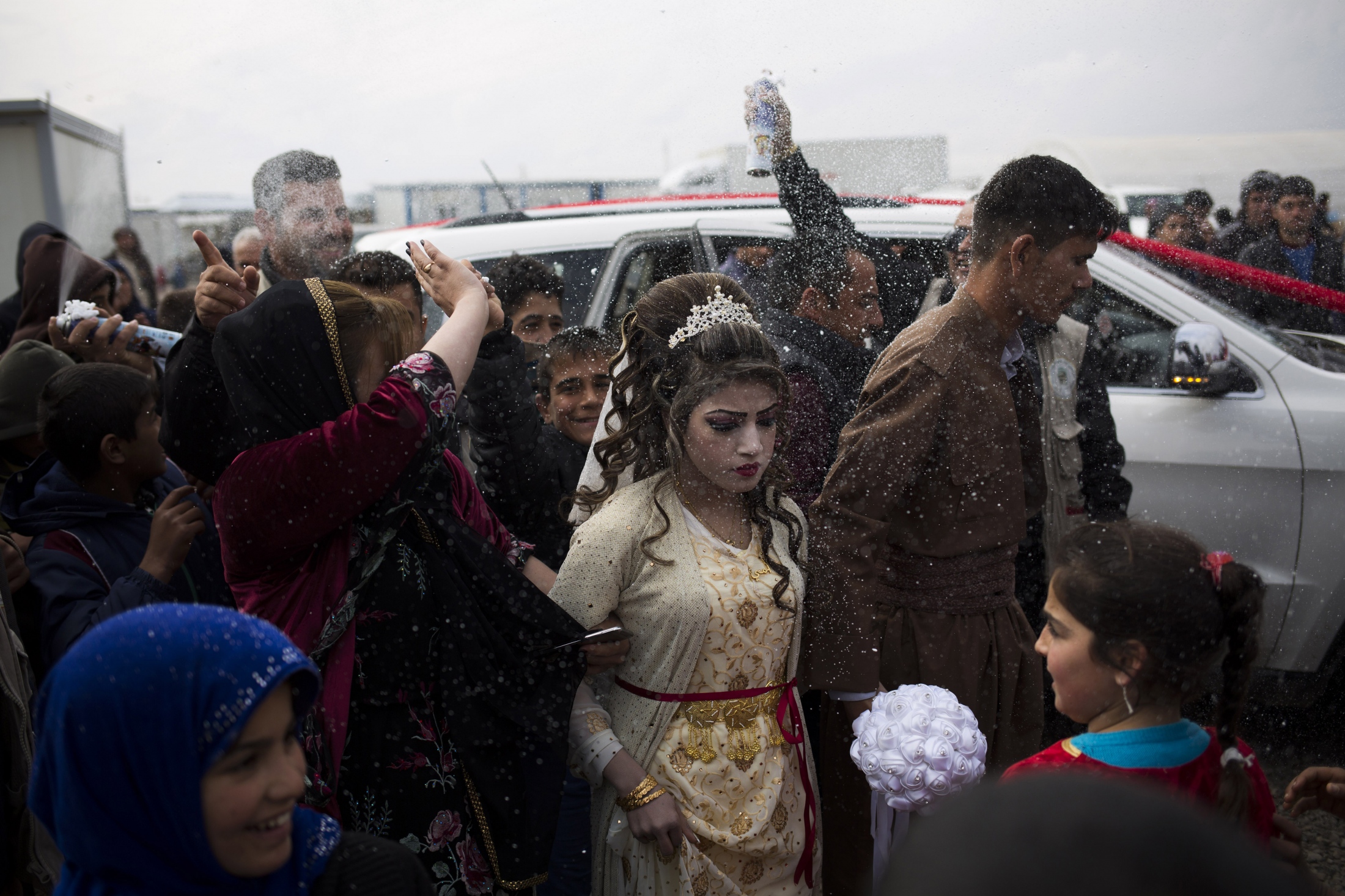 Hussein Zeino Danoon (25) and  Shahad Ahmed Abed (16) arrive at the Khazer camp for displaced from Mosul for their wedding. The legal age for marriage in Iraq is 18, or 15 with parental permission. The two celebrated their wedding less than a month after fleeing the fighting in Mosul. 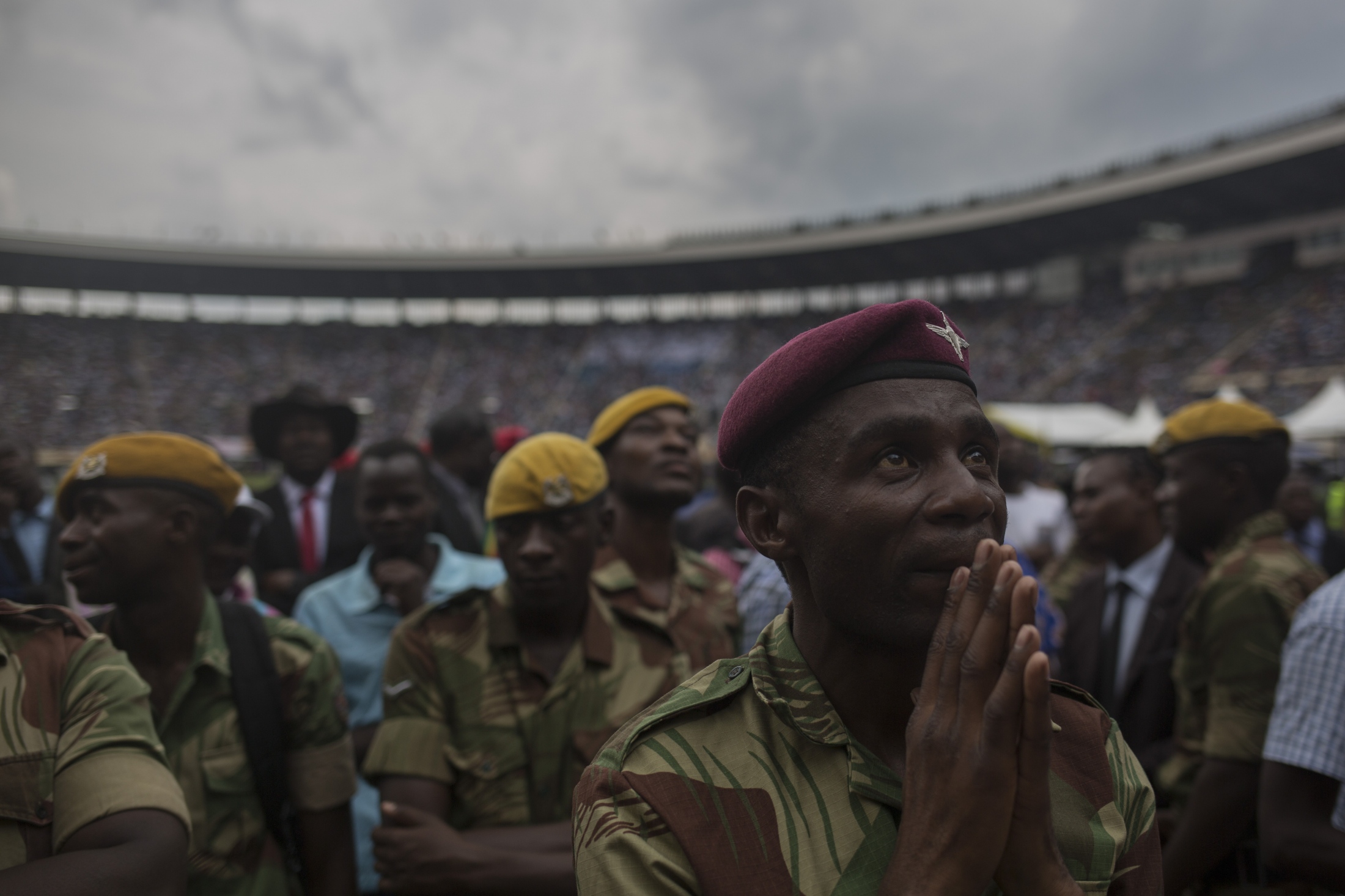 A soldier looks at Zimbabwe's President Emmerson Mnangagwa's speech on a large screen inside the National Sports stadium at the presidential inauguration ceremony in the capital Harare, Zimbabwe. Mnangagwa was sworn in as Zimbabwe's president after Robert Mugabe resigned on Tuesday, ending his 37-year rule. 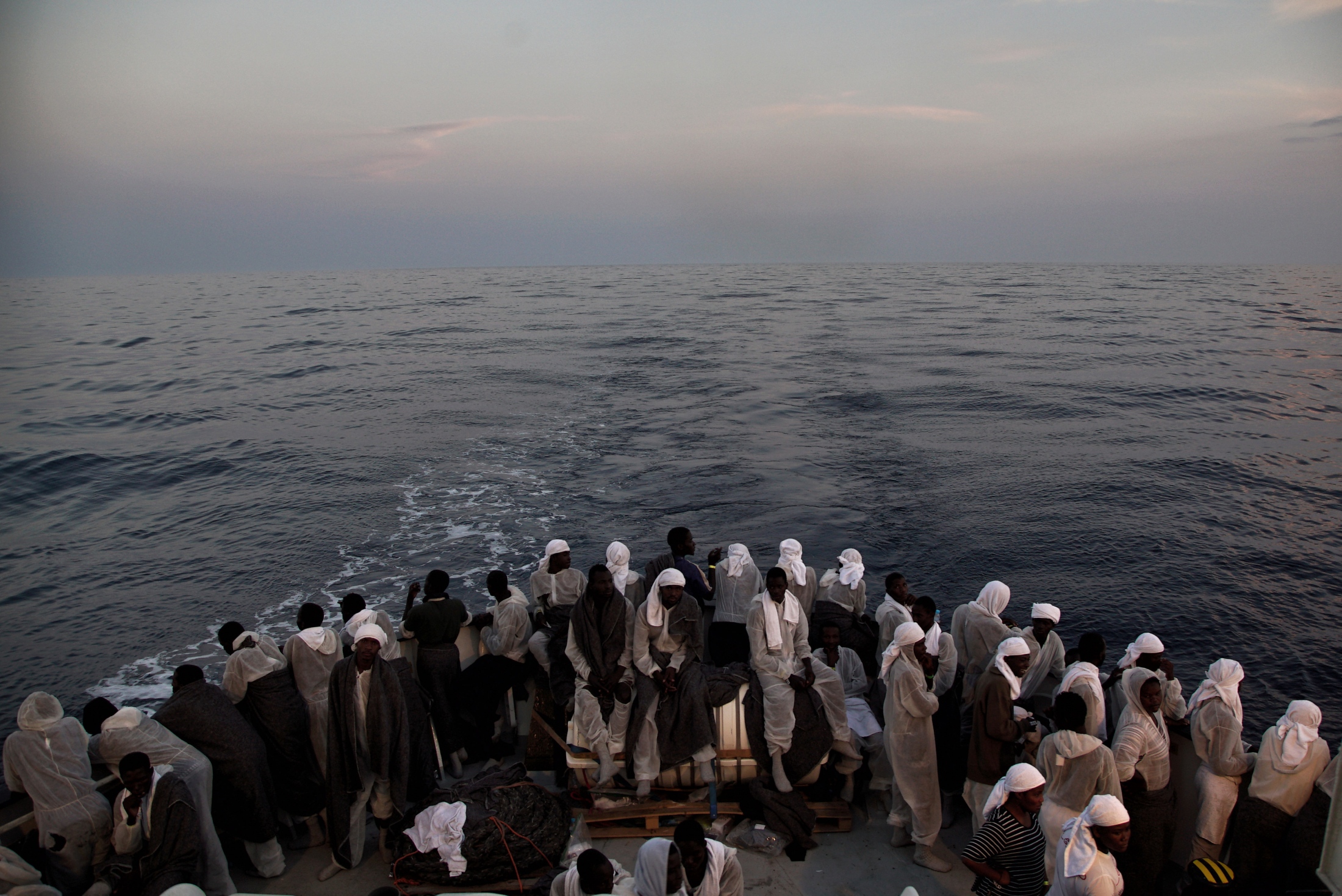 Migrants look out from the stern of the 'Aquarius' vessel, on the Mediterranean Sea, with more than 600 migrants aboard the ship rescued by SOS Mediterranee and the medical aid group Medecins Sans Frontieres (MSF). 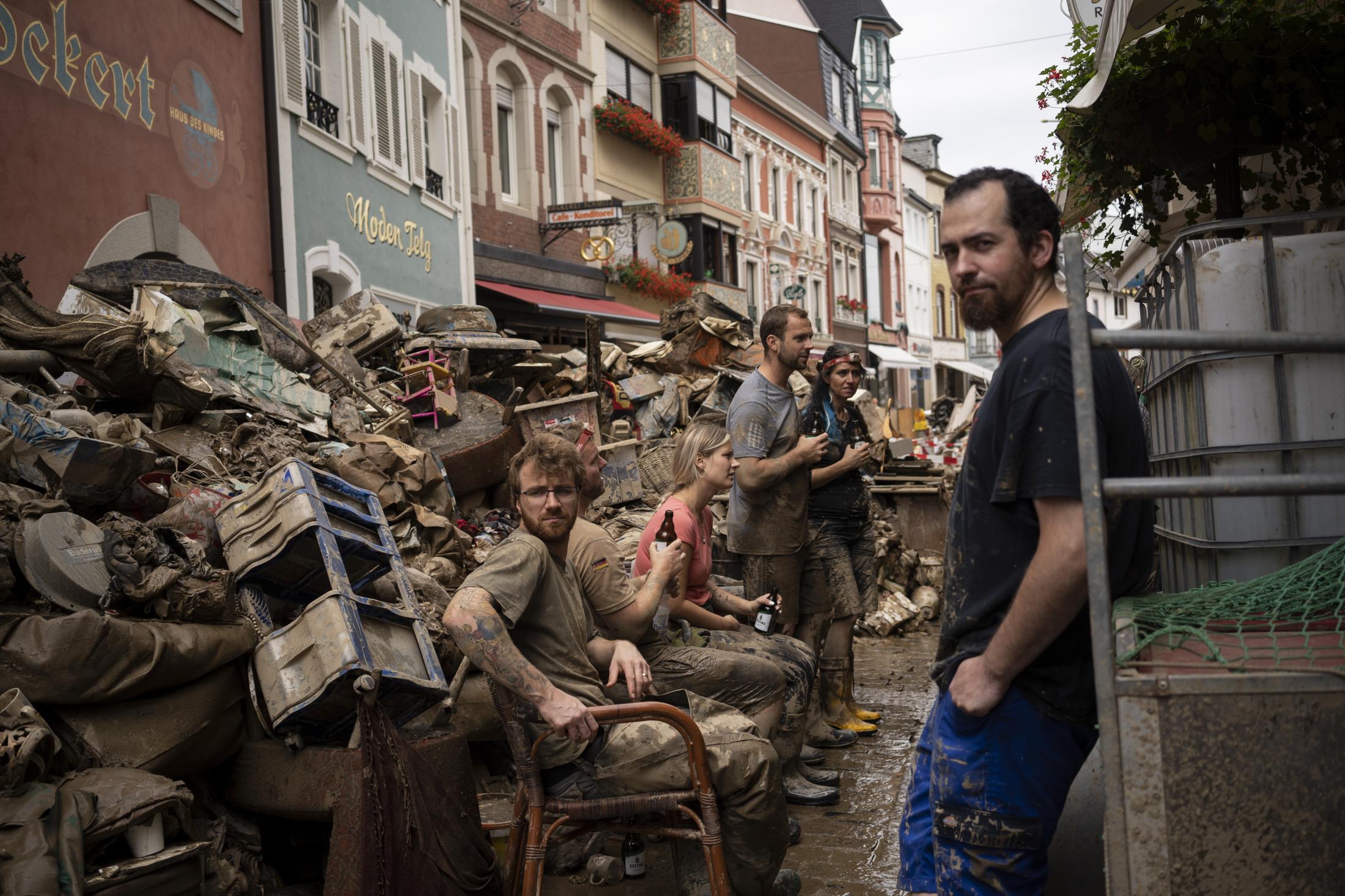 People take a break from cleaning the debris from the flood disaster in Bad Neuenahr-Ahrweiler. More than 180 people died when heavy rainfall turned tiny streams into raging torrents across parts of western Germany and Belgium, and officials put the death toll in Ahrweiler county alone at 110. 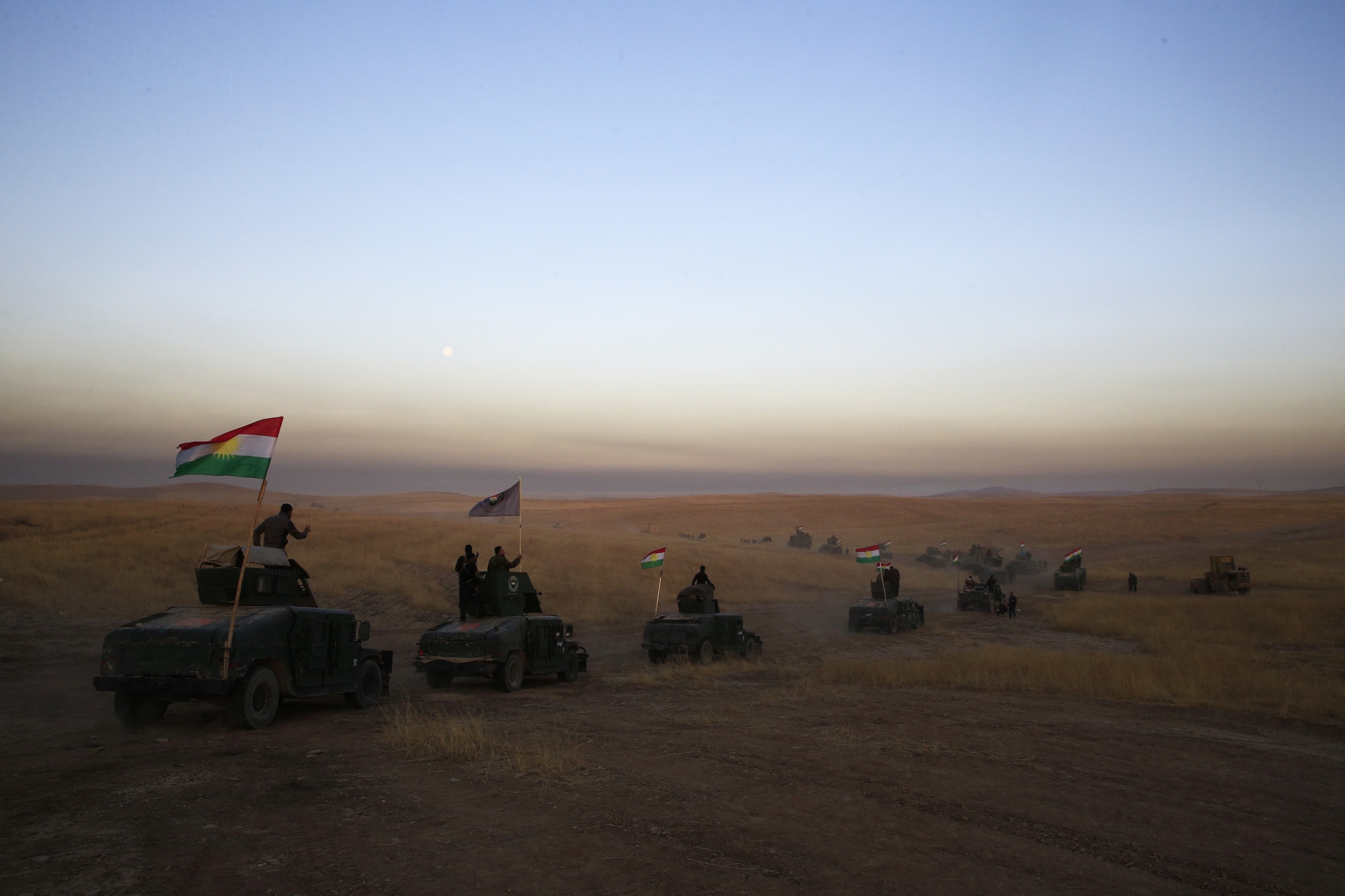 A Kurdish Peshmerga convoy drives towards a frontline. The Iraqi military and the country’s Kurdish forces say they launched operations to the south and east of militant-held Mosul early Monday morning. 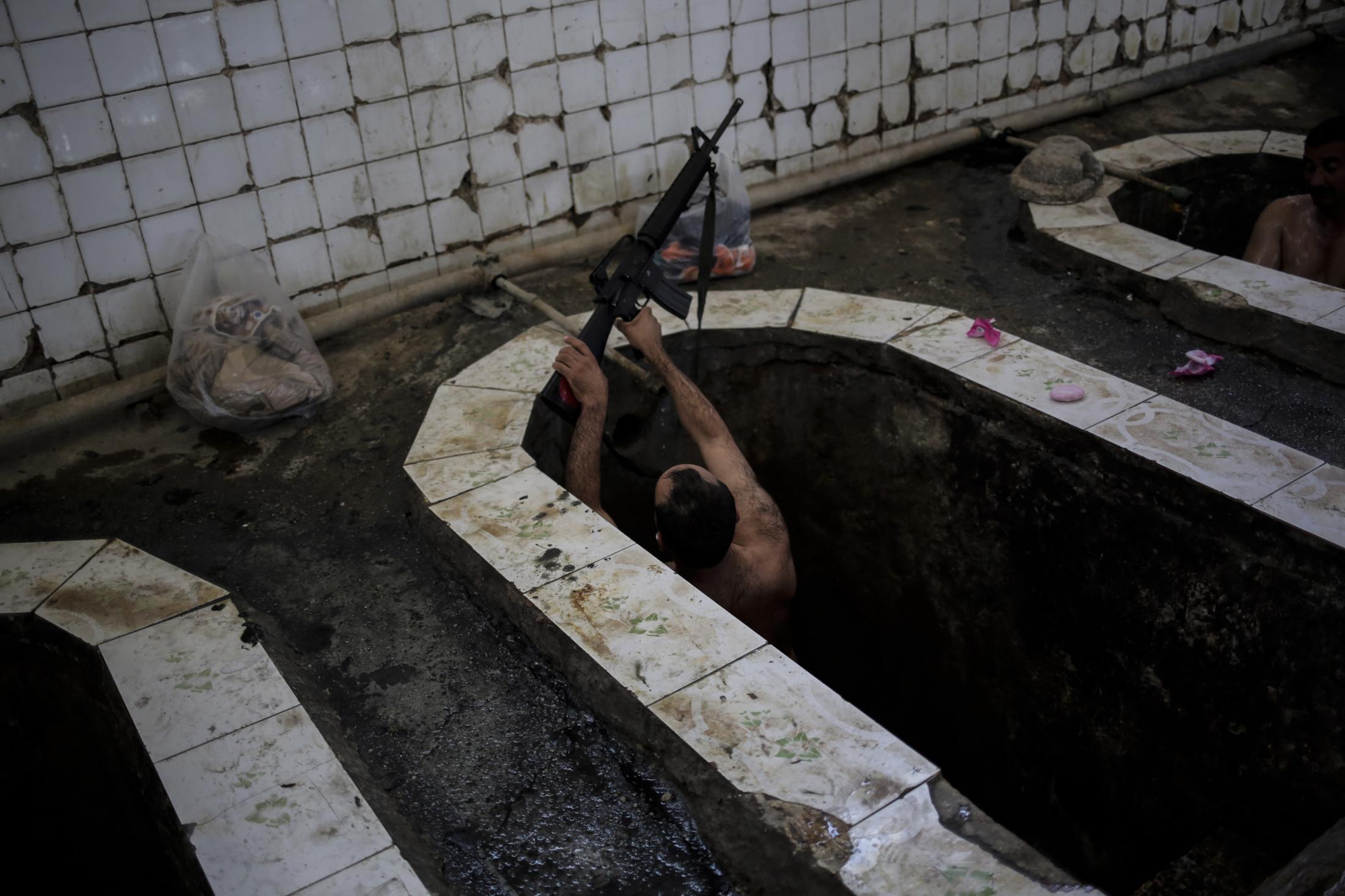 A federal police officer puts his machine gun on the edge of the bath in the Hamam Alil spa. The spa reopened several months ago after the town was liberate from the Islamic State group. Many Iraqi soldiers visit the spa, located half an hour south of Mosul, in between fighting against the Islamic State group for relaxation. 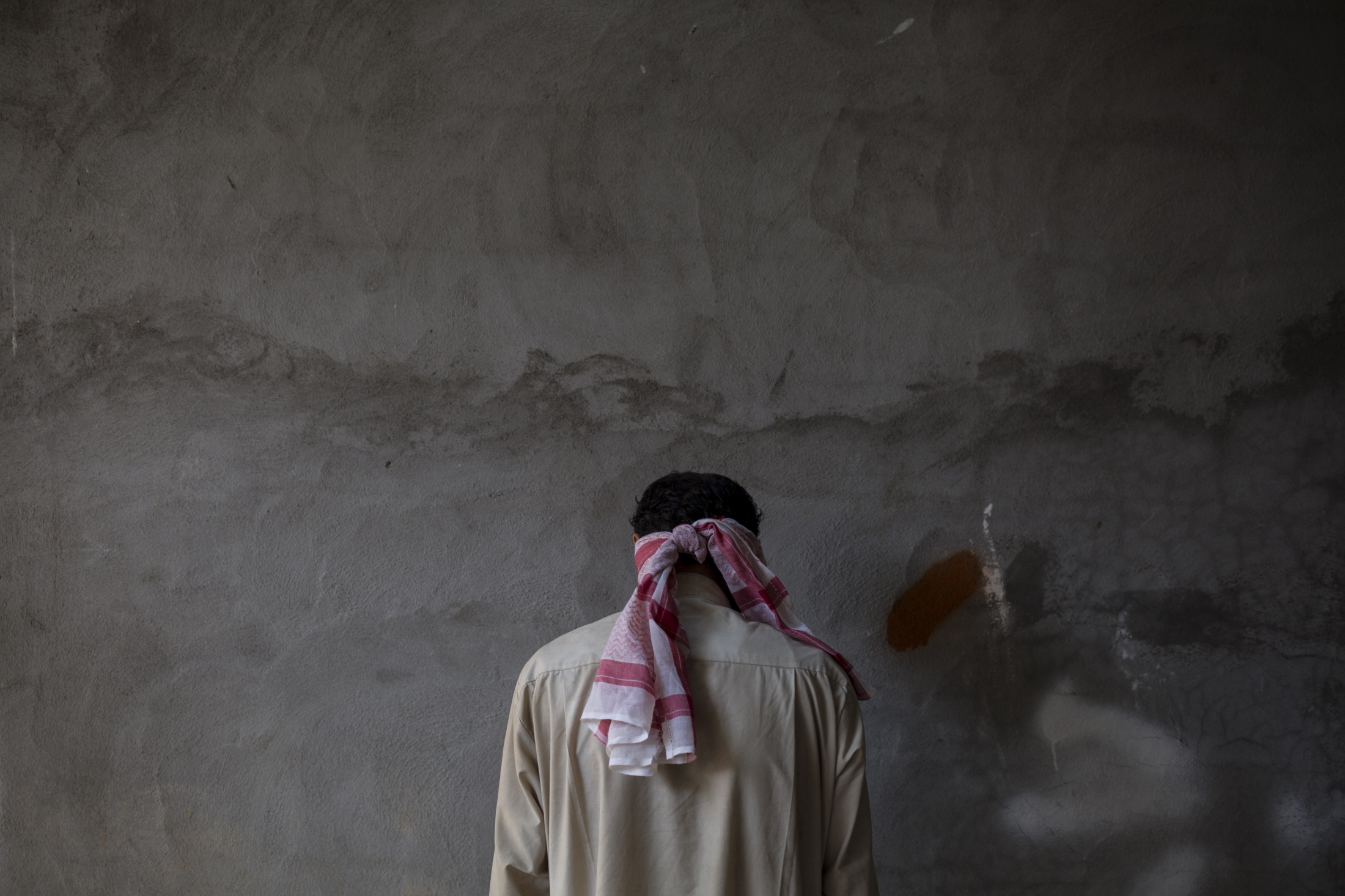 A blindfolded Islamic State suspect stands against a wall at a Kurdish screening center in Dibis. Displaced people from Hawija are brought to the center where men are being separated from the women and children and are investigated for involvement in the Islamic State group. 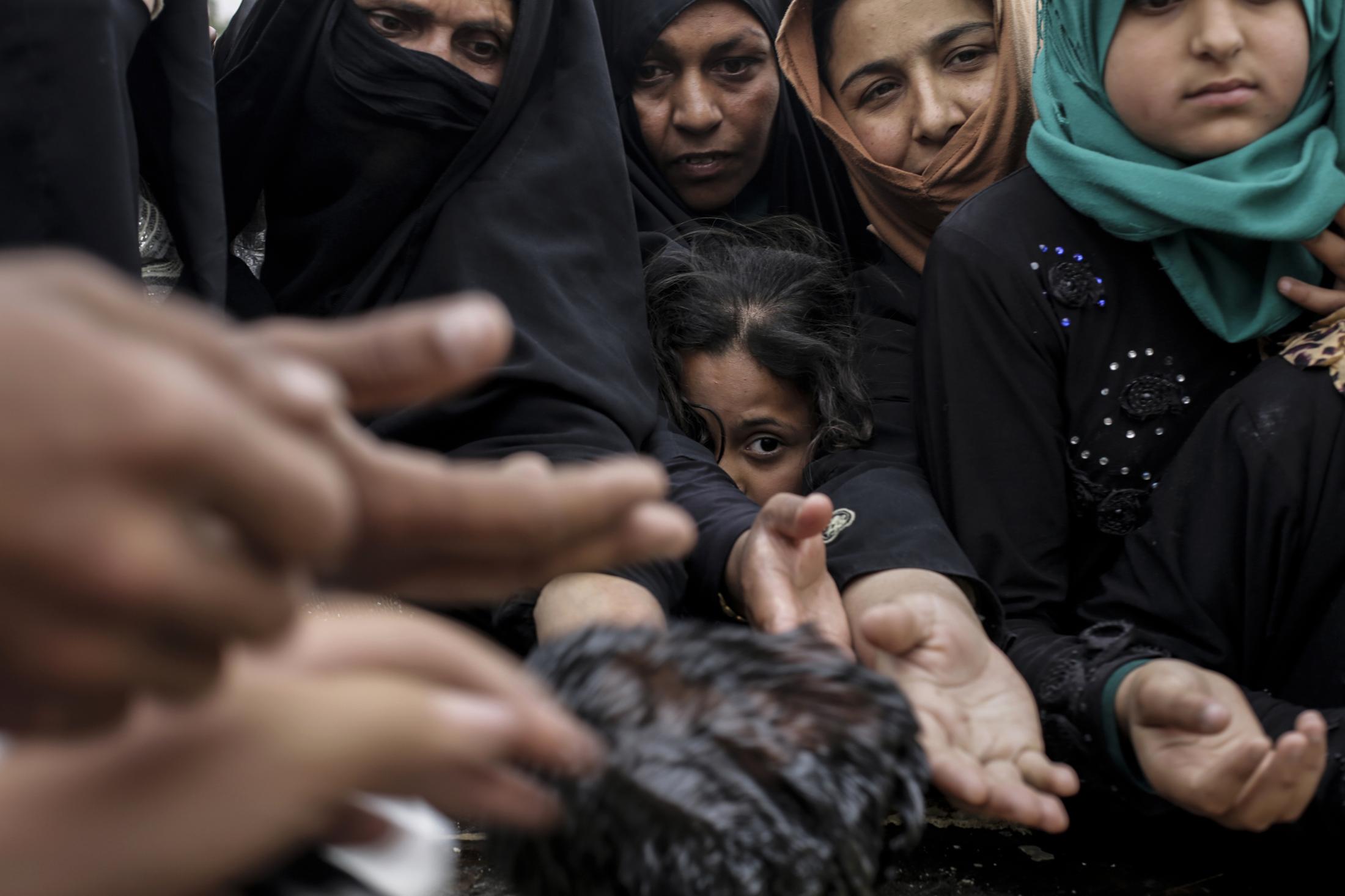 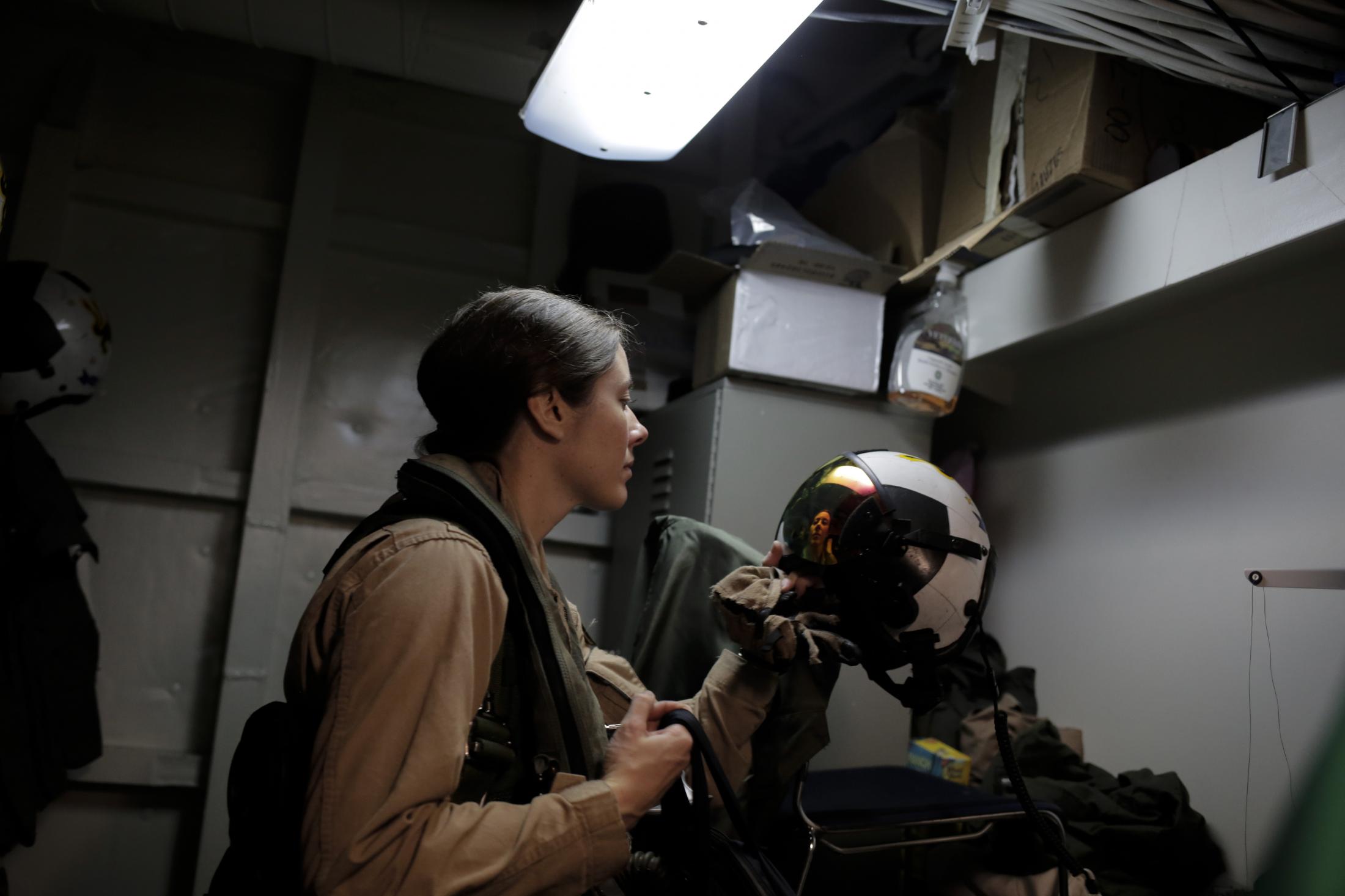 A pilot of one of the fighter jets onboard the USS George H.W. Bush aircraft carrier, looks at herself in the reflection of her helmet as she prepares for a take off. 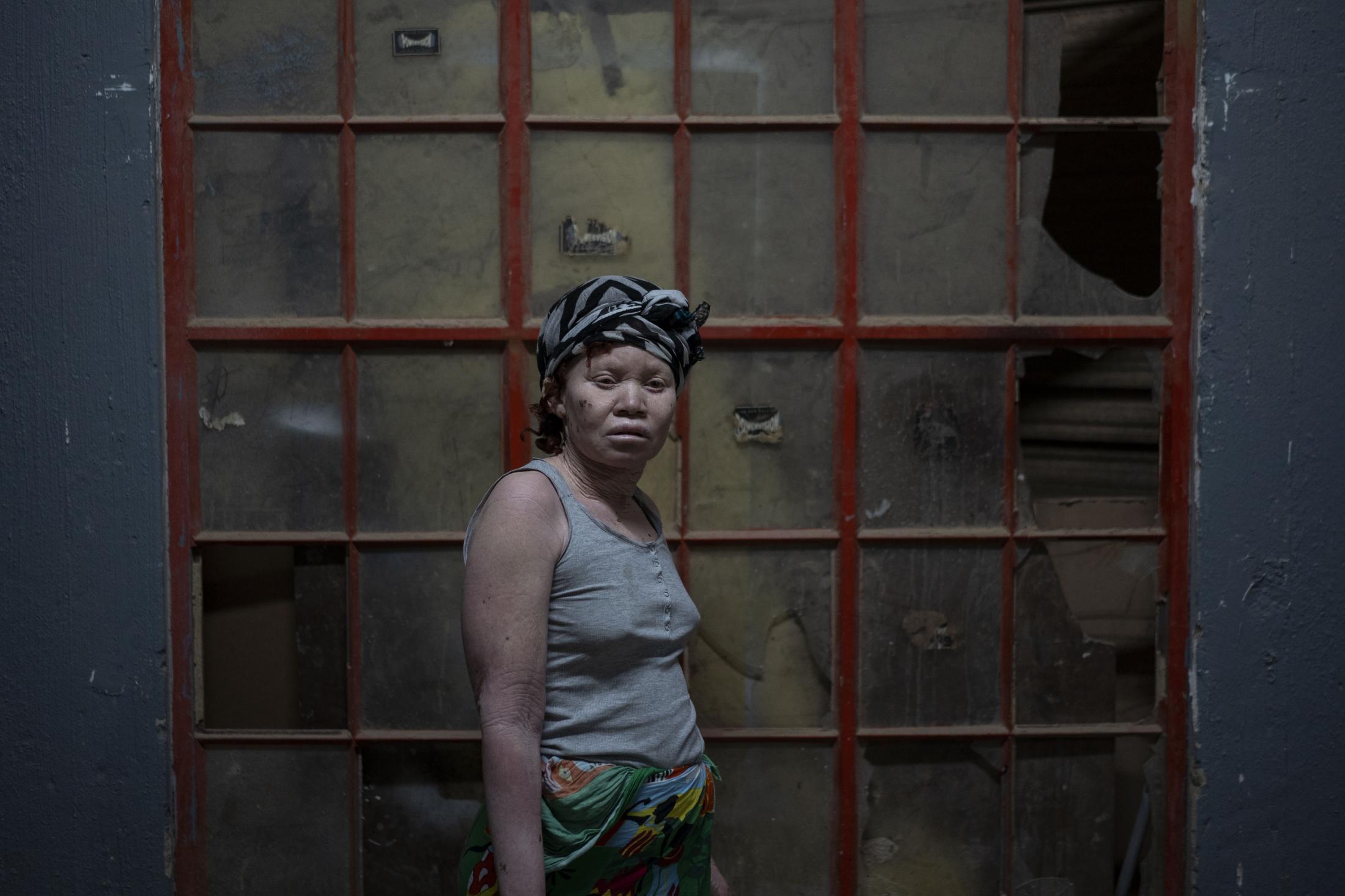 Aski Dambuzo, a Zimbabwean migrant who is short sighted, poses for a portrait in Johannesburg, South Africa. A total of 23 families of blind and disabled foreign nationals living in a dilapidated building and earning a living by street begging have been hard hit by South Africa's lockdown as they are forced to remain indoors. 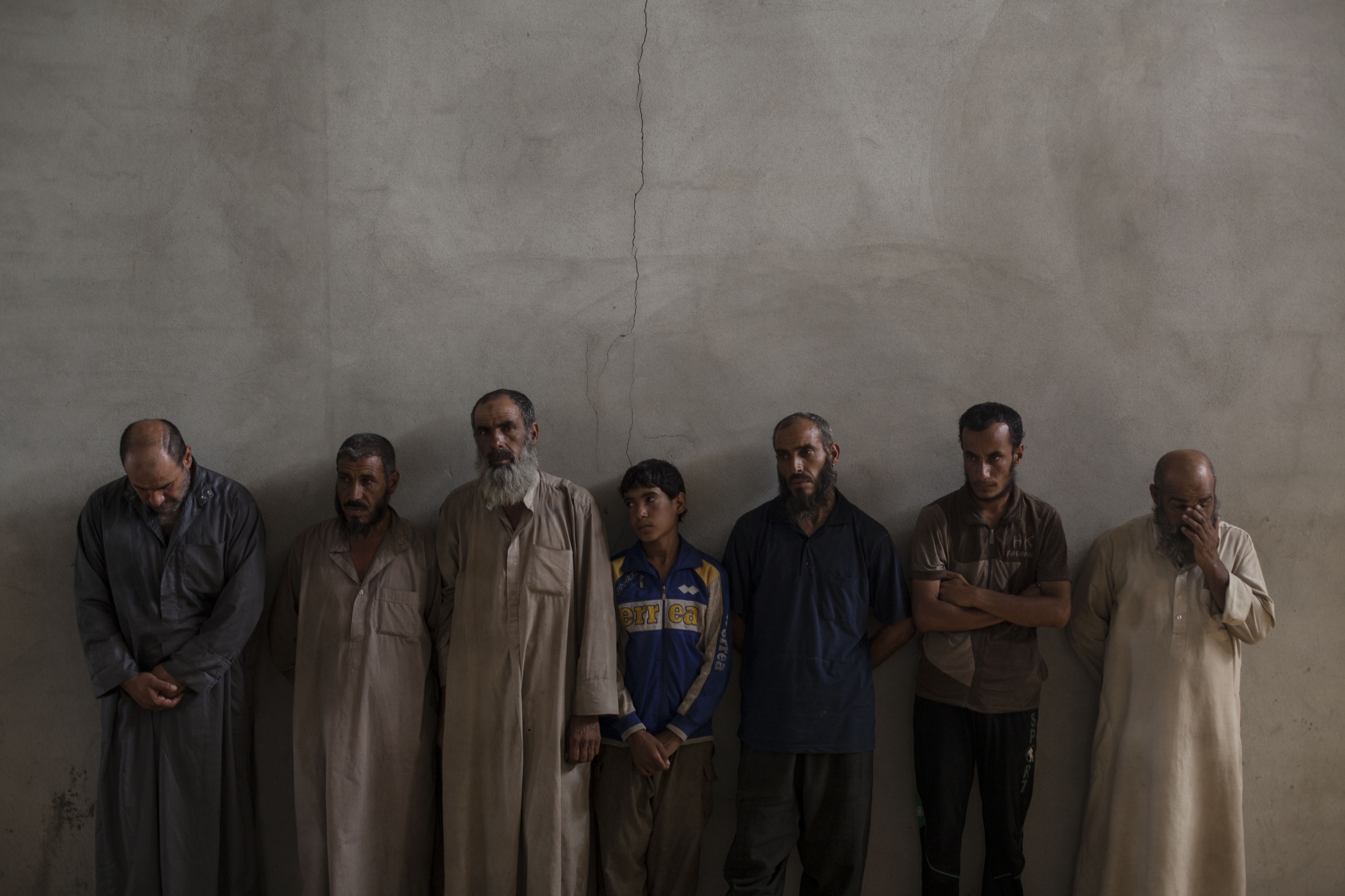 Displaced men from Hawija are lined up against a wall at a Kurdish screening center in Dibis. They are brought to the center for a screening process before being moved to camps for displaced people in the Kurdish region of Iraq. 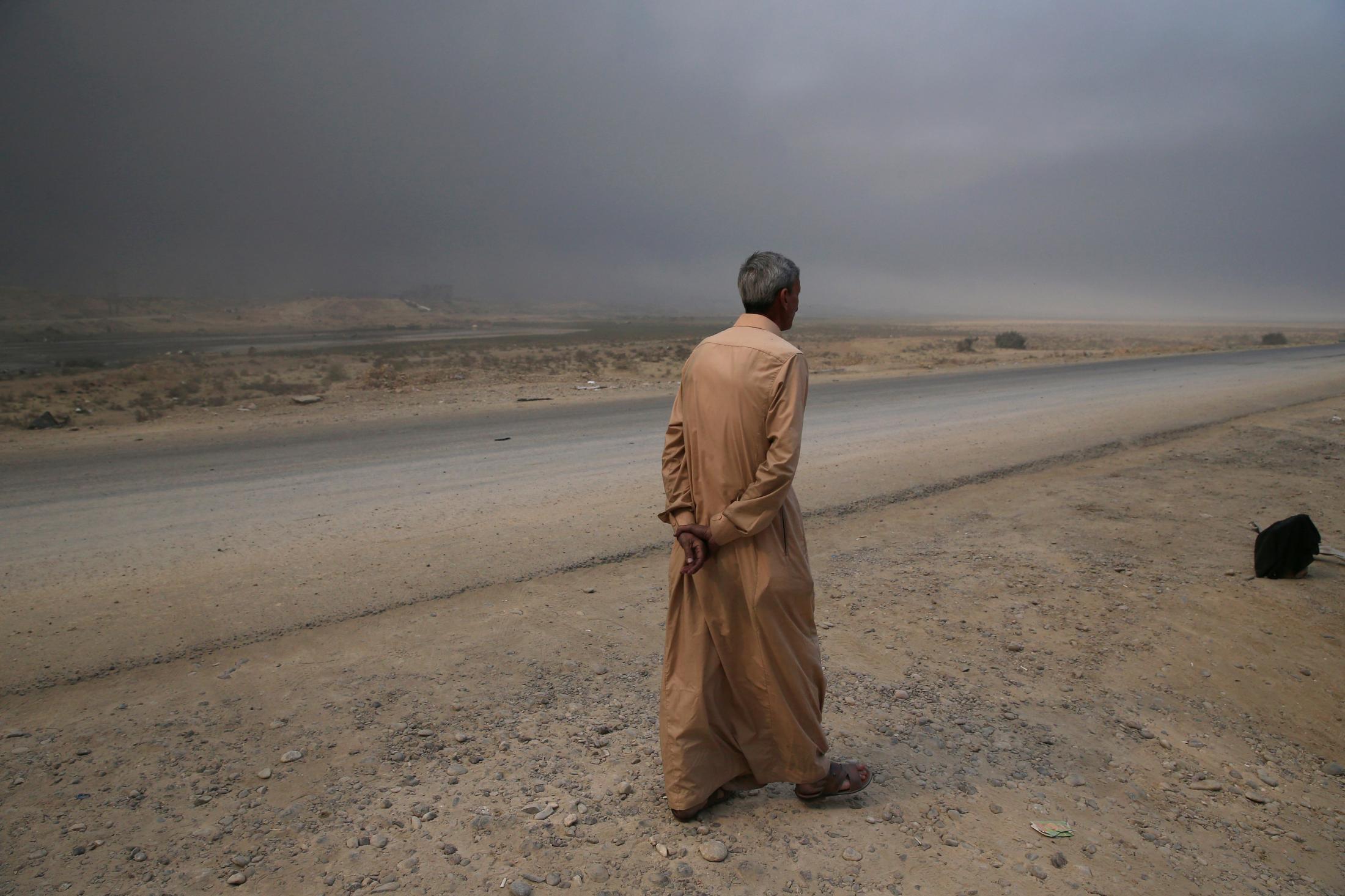 A man walks down a road in Qayyarah, some 50 kilometers south of Mosul. Life slowly returned for residents of the town after liberation. 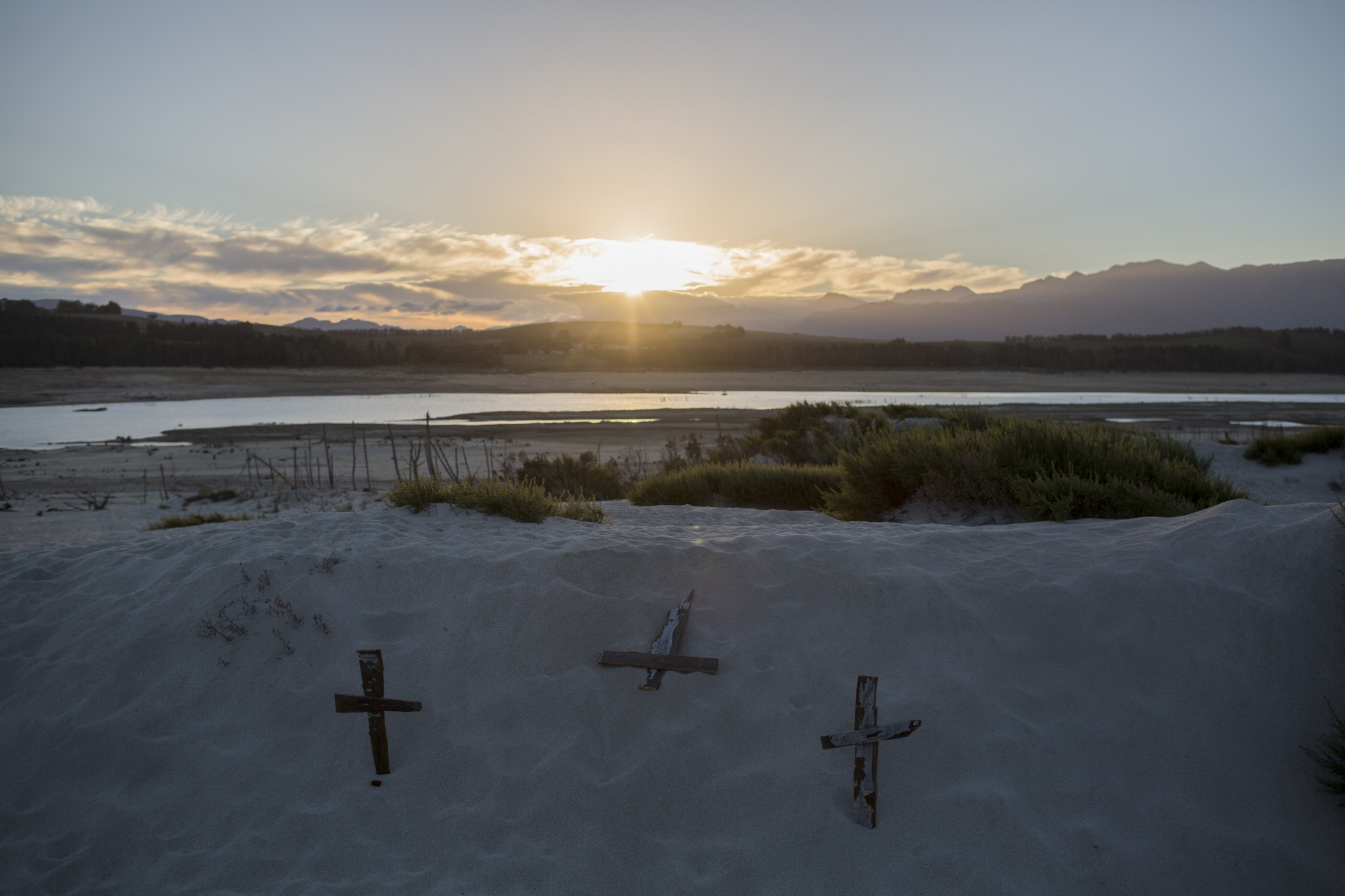 Cape Town's main water supply from the Theewaterskloof dam outside Grabouw, is largely empty. South Africa's drought-hit city of Cape Town introduced new water restrictions in an attempt to avoid what it calls "Day Zero," the day in mid-April when it might have to turn off most taps. 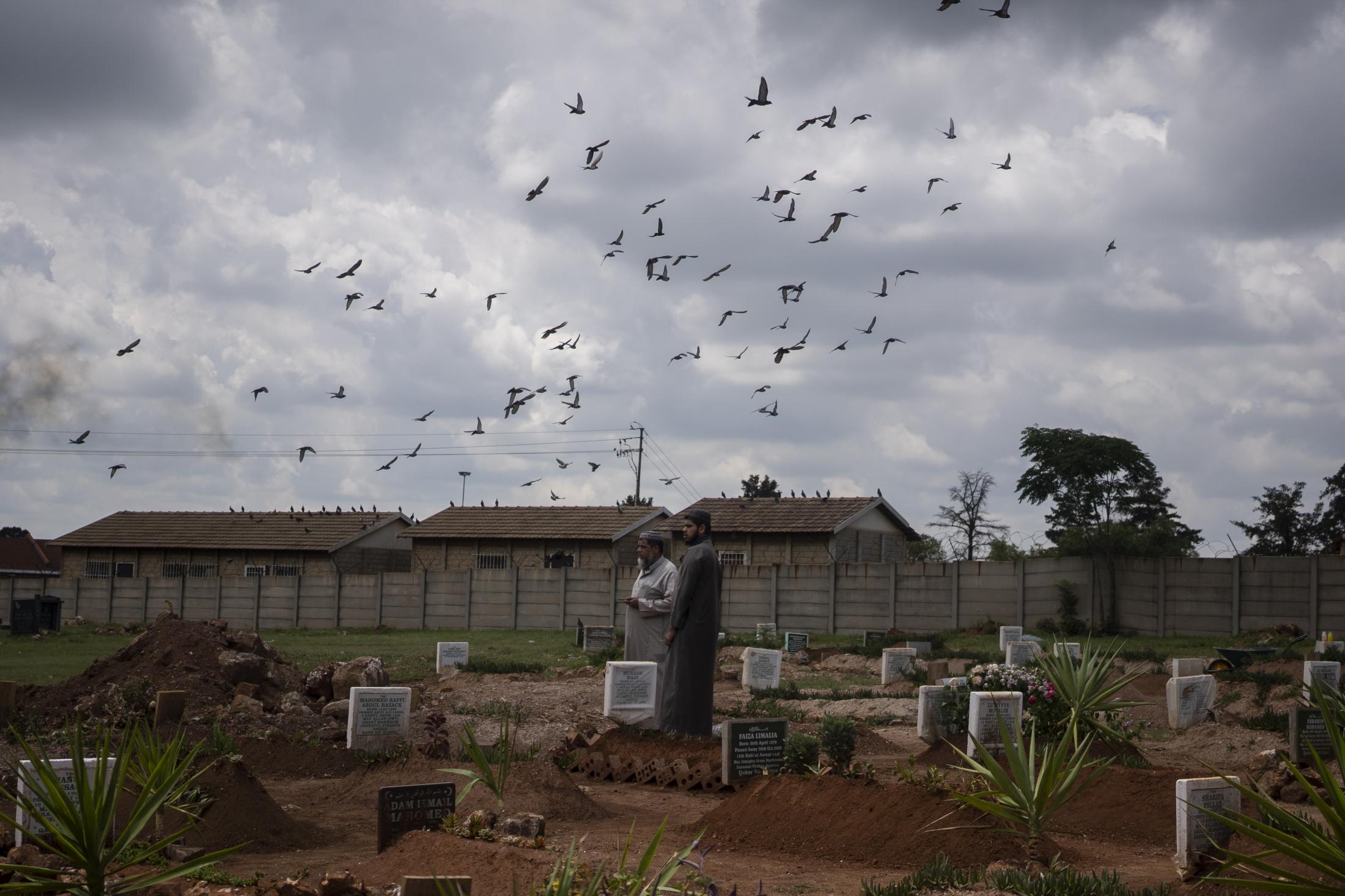 Family members attend the burial of a loved one who died of COVID-19 at the Avalon cemetery in Lenasia, South Africa.

Bram Janssen is a visual journalist, photographer and videographer working for the Associated Press. Covering Europe, Middle East and Africa